Welcome Message
Welcome to Sarah Jessica Parker Online (previously Sarah Jessica Central), your online source for Sarah Jessica Parker. Sarah is probably best known for her role as Carrie Bradshaw in Sex and the City (also Sex and the City movies 1 & 2, And Just Like That). SJP has also starred in Girls Just Want to Have Fun, L.A. Story, Hocus Pocus, Mars Attacks!, Here and Now, Broadway shows and many others. Sarah also has her own clothing line, perfumes, and shoe line. Here you will find the latest news, information, photos, media and more!
Photo Archive
Check out the latest additions to our ever expanding gallery hosting thousands of photos!
News

Kristin Davis Wants a Third ‘Sex and the City’ Movie

“There are no plans that I know of but I would love to do a third film,” she said. “We all want to do it, I guess it’s just figuring out whether it’s the right thing to do and if we can move the characters forward anymore.”

Although Kristin wants to return to the “Sex and the City” franchise she may not have time with a new movie and television series in the pipeline. The actress will star opposite Michael Caine and Dwayne Johnson a.k.a. “The Rock” in “Journey 2: The Mysterious Island”, a sequel to “Journey to the Center of the Earth” next year.

The star is also set for a return to television and is currently writing the script to an adaptation of the book “The Happiness Project” but doesn’t want her “Sex and the City” co-stars to join her. When asked if there would be a role for Sarah Jessica Parker, Kim Cattrall or Cynthia Nixon, she replied, “No, no, no. We’re not going to do that.” 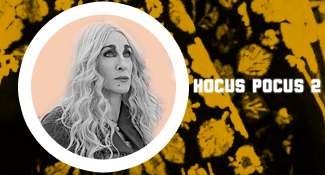